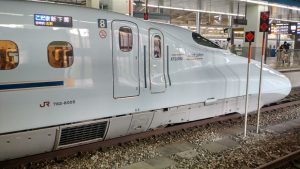 Japan’s Shinkansen (bullet train) system is famous, and rightly so – it was one of the first high-speed railways in the world (the first on dedicated track), and as new sections have been built over the years it has stayed at the forefront of technology.

Interestingly, its origins parallel events in British Rail somewhat. Each country was faced with an old network with winding, low-speed routes. Development of the Shinkansen started about a decade earlier than development of the APT, and went in a different direction: the British, with standard-gauge track that was speed-limited by passenger comfort, did the early work on tilting. The Japanese had a mountainous country full of narrow-gauge railway, and so opted for a completely new high speed system with dedicated (standard-gauge) track, minimum bend radii, maximum slopes, and so forth. The APT was of course an unsuccessful project (although the technology that it developed lived on), but the first shinkansen sets[1] arrived a decade before the HST and had around the same service speed of 200kph. 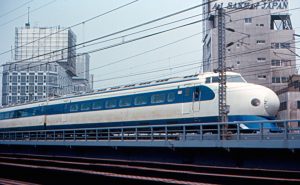 That was 55 years ago, and since then things have diverged… Shinkansen upgrades have pushed its speed on new routes up to 300kph, while UK speeds on old track have remained topped-out at what they were in the 70s. Meanwhile, using technological ideas that originated on the APT project, Japan now has “limited express” trains, the fastest to use the old narrow-gauge track, that tilt and run at 200kph (125mph).

Recently, long distance rail here has faced some of the same challenges that it does in the UK. Shinkansen tickets are really expensive, akin to on-peak British ones bought without any advance purchase discount, and low-cost air travel has been eroding the market. Nearly all of Japan’s sleeper trains have vanished, and the air route between Fukuoka and Tokyo is apparently the second busiest in the world, despite a high speed line running underneath that (for a city-centre to city-centre journey) doesn’t take much longer. This feels sad, and in energy terms must be bonkers.

Fortunately, if one has a JR Rail Pass (only available to foreign visitors, and only if bought outside Japan), things are really cheap. So bullet trains, here I come! 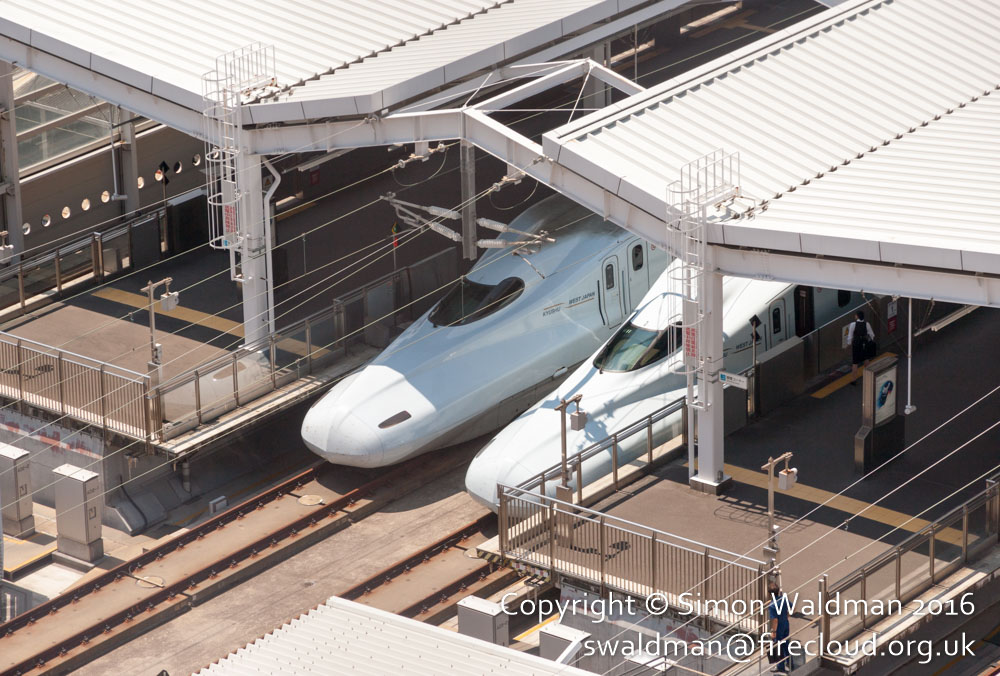 [1] If you’re wondering where the name “bullet train” came from, it’s not a direct translation – “shinkansen” just means something along the lines of “new trunk line”… but just look at that first train‘s nose!