Publishing this nearly three weeks after it was written, because it’s taken me that long to get the photos ready inbetween other activities.

I have a busy work schedule while I’m here, but I would be missing part of the point of a research exchange (and disappointing myself) if I didn’t get out and explore as well. The theme of last Saturday was steps.

I decided to visit the Atago Shrine, in another part of Fukuoka. I caught a subway to the area, and discovered that the Japanese are not afraid of steps when designing subway stations:

So I climbed those steps. Then I walked a few hundred metres and arrived at the start of the approach to the shrine. This is reputed to be the oldest shrine in Fukuoka, founded around 2000 years ago. It is notable, in a non-religious sense, for being at the top of a rather steep hill. So there are steps. Lots of steps. There are these steps: 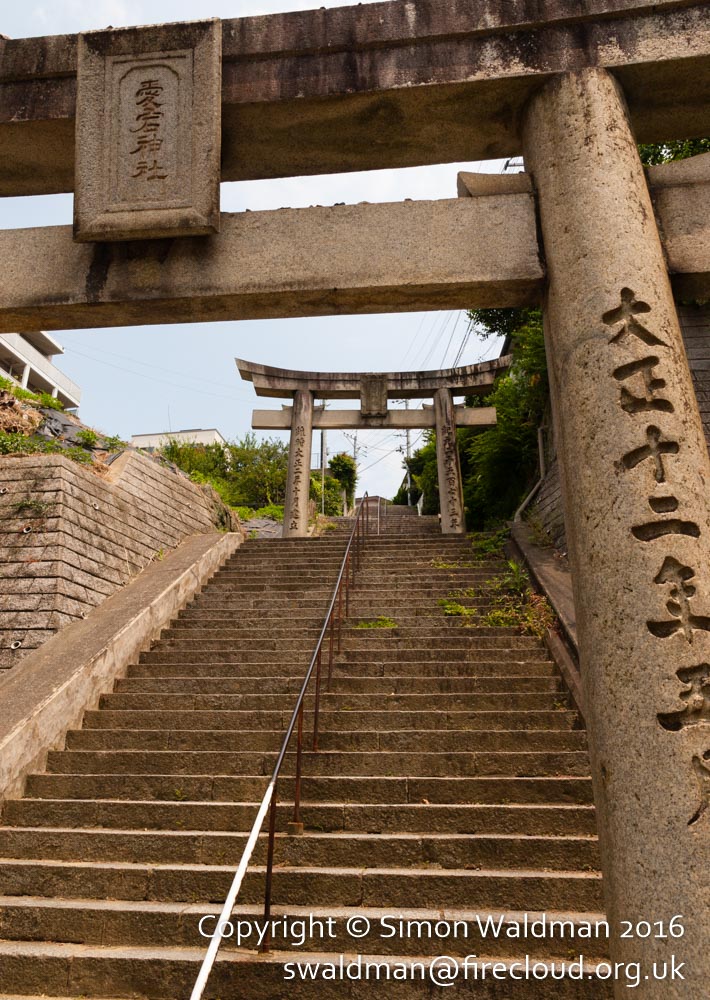 and then some more steps that I didn’t keep a picture of… and then a short walk through a residential area… and then more steps: 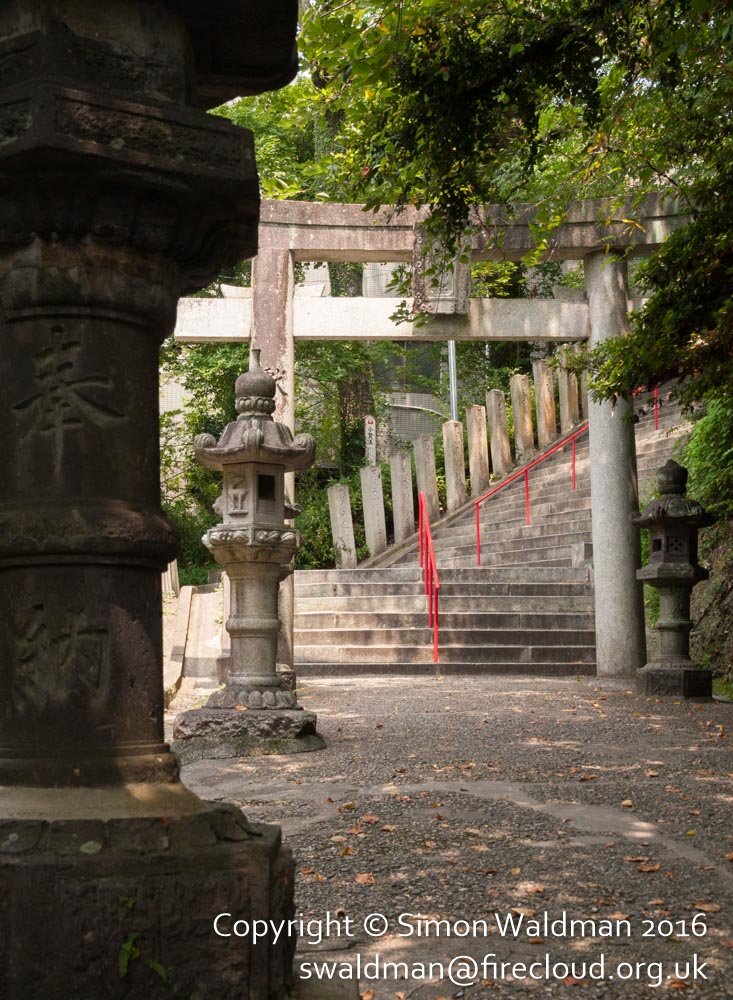 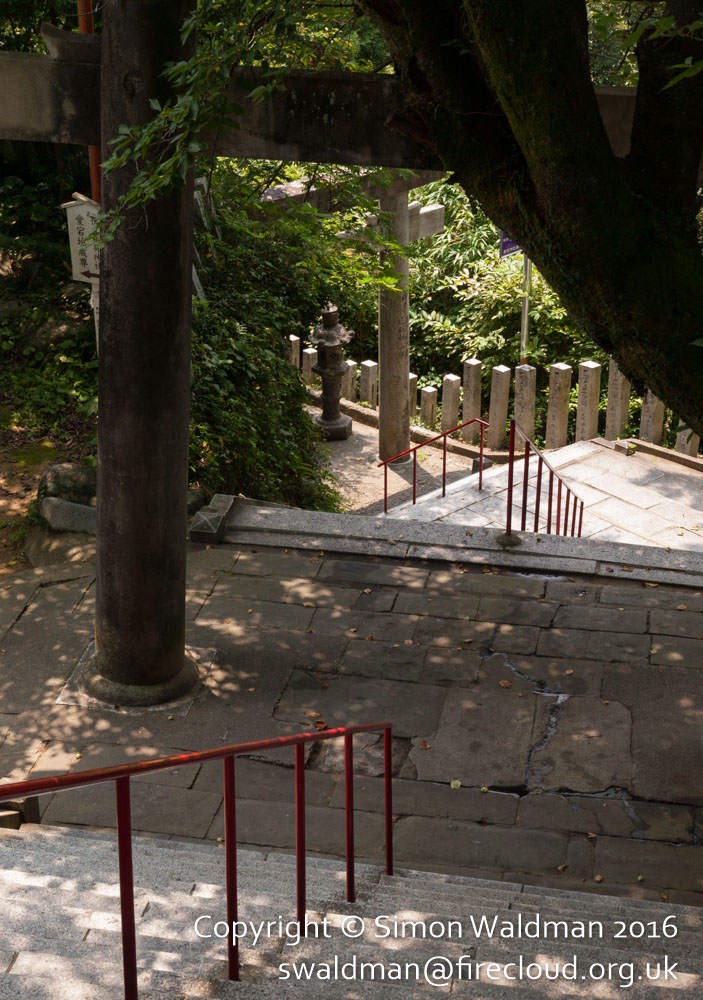 and finally, this is the view from the top. Totally worth it. 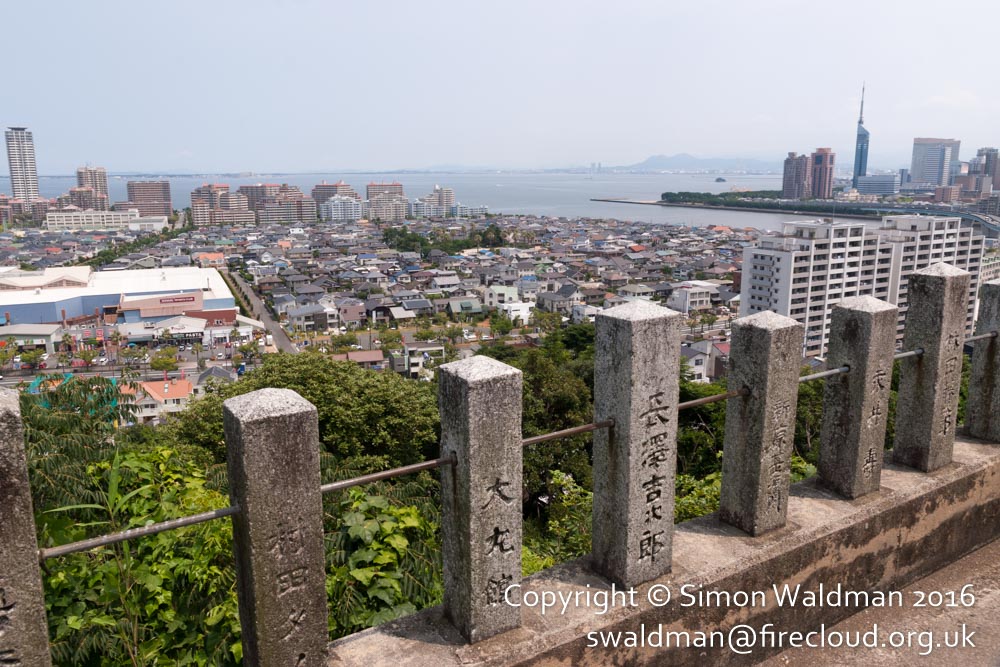 Apart from the view, I didn’t find anything particularly remarkable at the top… but I did fall in love with a tiny little shrine that was perched on the hillside about half way down, with some tiny torii (temple gates) that I had to bend over to walk through: 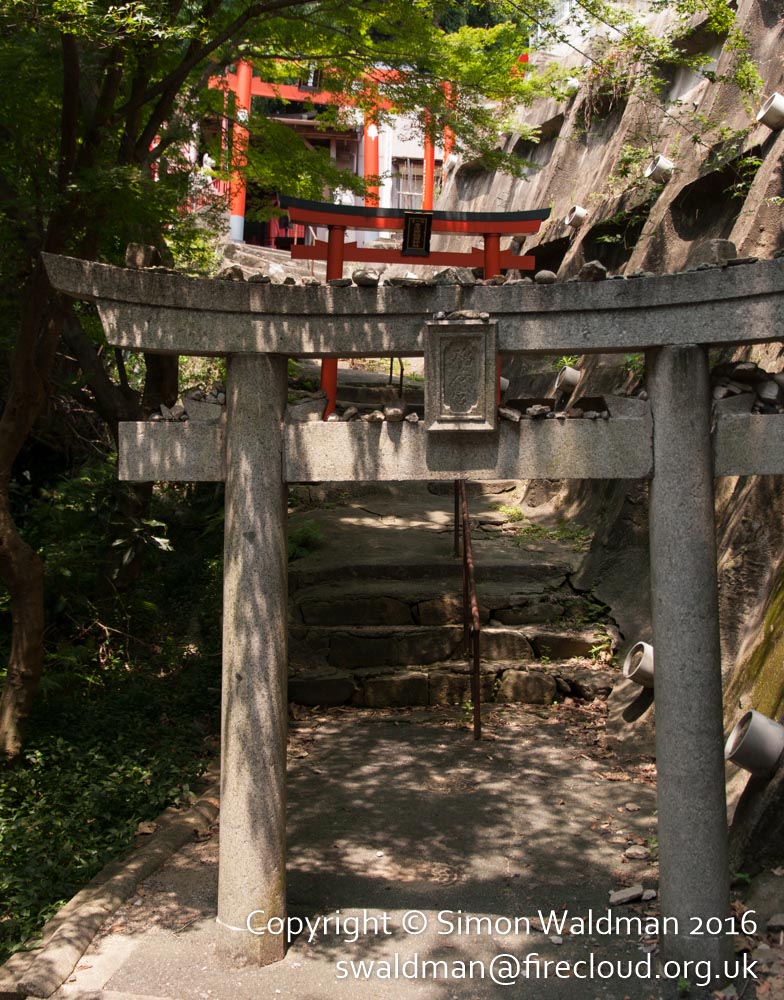 There are some (better) photos by somebody else here.

Summer is fireworks season on Kyushu, and on Saturday night I caught a train to a nearby town to see a display of 8,000 of them, spaced over an hour and a half. In the process I enjoyed some Japanese food stalls, including my first go at skewered fried squid.

After a late start the next morning, I set off to Tōchō-ji, the first of a set of Zen Buddhist temples of the day. This one is remarkable for having a 11-metre high Buddha, the largest wooden one in Japan. It is awe-inspiringly big, in a way that wouldn’t come through from a photo… which is perhaps consolation for the fact that the temple doesn’t allow photography anyway.

The rest of the morning was spent wandering around a whole set of temples that form a sizable self-contained complex, including one that is said to be the first Zen temple in Japan and the place where tea plants were first imported. These city-centre temples provide surprising oases of shade, calm, and nature in the middle of a dense urban area, and make for very pleasant exploration. I was struck, on both days of this weekend, how closely integrated old and new architecture are in the city. It’s common to see a Chinese-style temple roof joined onto a modern office block.

Here are a few more pictures:

Tourism count so far
(at time of posting)