There was a sign that amused me, on the summit of a sacred mountain, which read,

“The Konpon Daitō is the tallest building in Kōyasan… In later centuries the Konpon Daitō was destroyed in fires caused by lightning striking five times, and rebuilt each time. After the great fire of 1843, only the foundation stones remained. The existing building was rebuilt in 1937.”

Some people just don’t seem to get the message!

But it illustrates a wider observation, which is that in Japan an ancient wooden temple or other structure can still be ancient even if it has been rebuilt many times, the latest sometimes being quite recent. Indeed, it is tradition that some of the most important temples are deliberately torn down and rebuilt every few decades. Other places are “renovated” every 50 years in a way that pretty much entails dismantling them and putting them back together again, replacing timber wherever it is no longer sound. These processes don’t cause anybody to think of them as modern structures. 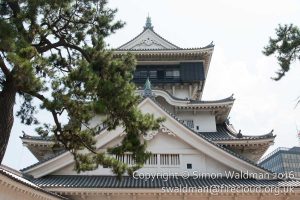 A similar concept applies to castles. Castles in Japan were made of wood, and thus prone to being burnt down – sometimes by accident, sometimes by the enemies of the occupants, and sometimes by the occupants themselves on the occasion of their departure. When one visits a castle one tends to find a litany of all the times they were destroyed and rebuilt. It’s not unusual for the last rebuilding to have been in the 1950s or 60s, out of reinforced concrete, but they’re not really thought of as replicas.

There’s a strong element of My Grandfather’s Axe here. It’s echoed to some degree in descriptions of British churches (and occasionally pubs), which tend to go “There has been a church here since 1273…”, but the British think in terms of the site: there was a church here, but it was not this church. The Japanese view of it, at least as I perceived it through the flaws of translations, is that it’s the same building. It’s as though it’s the notion of the building that’s important, rather than its physical or material structure. 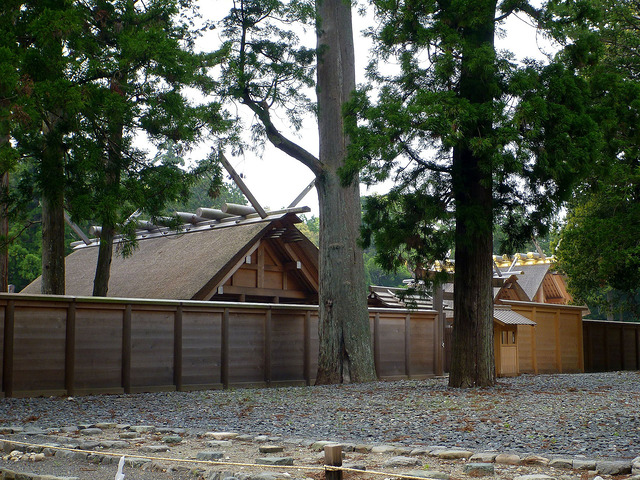