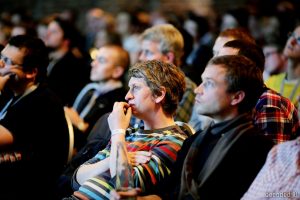 I haven’t posted for rather a long while. I’ve been writing up my thesis instead; more on that, maybe, at some stage.

This week I’m at an academic conference – in this case the EWTEC one – and reflecting a little about it, and about how I feel at these events. For those who don’t attend such things, it consists of four days of listening to talks on recent research, chatting to people from different universities around the world, having nice dinners with them, etc. It can be socially exhausting, but is well worth the effort, both for hearing about the latest research and for keeping in touch with people from other institutions. For those used to commercial conferences, it’s broadly similar except that the content of the presentations actually matters – it isn’t just an excuse for networking.

I find that listening to conference talks affects me in a few ways. Sometimes it’s simply interesting, and that’s great. Sometimes it sparks ideas – one of my relatively small number of publications was from a research idea that I had while listening to a conference speaker. Sometimes I find that the speaker has solved a problem that makes it easier for my work to proceed. Sometimes the opposite happens: they’re showing the results of something very similar to something that I was already working on, or was planning to work on, and that can be a horrible feeling. More generally, sometimes I sit there admiring the rigour and insight and think “I can never live up to this; what am I doing here? Everybody here is so much better”.

There was a diagram going around the internet some years ago that showed why conferences can be so bad for imposter syndrome. I can’t find it now, and hence can’t attribute it, but I drew my own version: 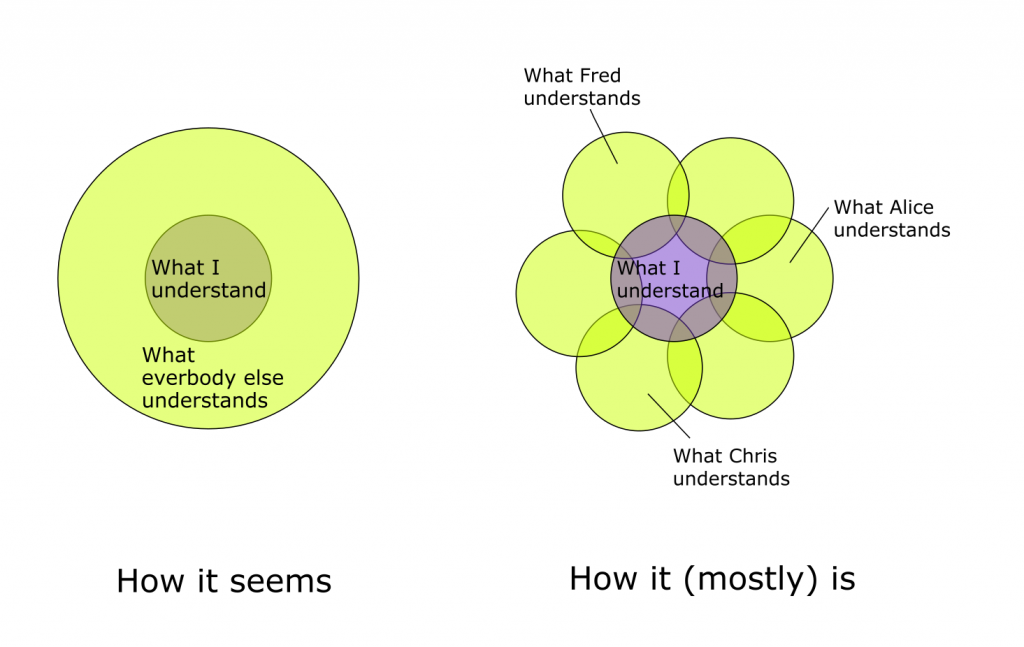 So sometimes it’s positive, sometimes it’s depressing… but that’s listening. I find that the experience of giving a talk is very different. It’s always a bit nerve-wracking, because I’m always worried that somebody in the room full of frightfully intelligent people will point out a massive flaw in my work, or tell me that it’s been done before – but also, it serves to remind me that what’s dull and obvious to me, after working on it for months or years, isn’t dull or obvious for a slightly wider audience who hasn’t spent so much time thinking about it. Having people congratulate me on a really interesting talk, when I thought it was quite a straightforward thing that everybody already knew, is uplifting, and reassures me that my work is worth doing. It gives me hope for my viva!