Last week, as regular readers will know, I had a piece published in The Conversation. Hopefully it will help communicate some of my work to a wider, non-specialist audience, but the process was also interesting.

It’s the first time in many years – since returning to university for my masters – that I’ve tried to write something journalistic. I used to do such articles long ago for the trade press in my old industry, but I never felt very good at it; the writing seemed stilted to me. I wondered whether having trained myself in academic writing would make this more difficult – but to my surprise, the opposite was true. 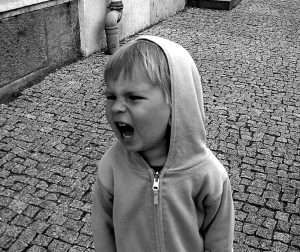 I did have to consciously avoid some of the usual turns of phrase from journal articles, and try to write more as people speak, but it was much smoother than past experience. I attribute this to three things: part of it is simply that I’ve had more writing experience now. Part will be because this was shorter, so I was concentrating on optimising rather than writing lots. The biggest part was probably the input of the editor.

Unlike the trade magazines that I’ve written for before, which simply use your text verbatim, The Conversation (hereafter TC) assigns a professional editor to each article, as a newspaper might do. However, wheras for a newspaper you’d submit your copy and then be at the editor’s mercy, for TC it’s a two-way process where the researcher gets final approval of everything, including pictures and the headline. We did go back and forth a couple of times where the editor made things a bit too hyperbolic, claiming things that weren’t supported by the study – but she was willing to roll them back when I explained, and she did wonders for improving the readability of the article for the public. It’s a good way of working.

TC provides analytics, and I spent some of last week glued to that page. So far, three days after it appeared, it’s had 1450 readers. This is gratifying, and vastly surpasses both the audience that anything of mine has had before, and the audience that the vast majority of journal articles ever get. For a while I had a response of “eek. So many people. What if it’s controversial, or wrong?”, and I had to remind myself that I do have confidence in my results, and so does a peer reviewer or two.

On Twitter I was gratified to see it retweeted by such accounts as @NERCscience and @BGSScotland, in addition to my own institution. Most of those reads were in the first two days, while it was at the top of the feeds and making its way around social media, and it’s leveled off now; it probably won’t ever get many more. 28% of readers were in the US, which surprised me, 26% in the UK, which didn’t, and 31% in Other, which I wish was broken down more. I hope that a lot of that is Japan, since the article is about the energy situation there. 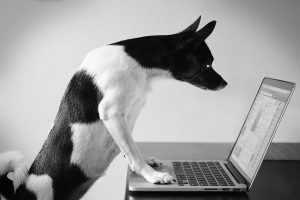 TC also provides analytics that compare your reader numbers to articles published by others from your own institution, and I found myself feeling surprisingly competitive as I watched mine climb from the bottom to… well, quite near the bottom still. The high-flyers there are timely articles that tie in with a news story, or social science based ones that resonate with the zeitgeist and get picked up and republished by The Guardian. That’s fair enough. But having more readers than the articles by two of my former bosses is strangely gratifying!

This wasn’t a major time investment. It probably took two hours to write – which would be less with practice – and maybe an hour after that for editing and correspondence. When considered in the context of the number of hours that go into performing research and getting it into journals, it’s nothing – and it’s a nothing that brings the research to more than a thousand eyes. Good experience, would do again 🙂

One thought on “Thoughts on publishing in The Conversation”