When I had my viva I reflected that although it was an important milestone, it didn’t feel very climactic because it was simply a gate passed beyond which there was more work to do.

A few weeks ago I finally got word back from my internal examiner that my thesis corrections had been accepted. This felt far more joyful and climatic, because this was an agreement that from an academic perspective, I had passed and would receive a PhD; the only remaining hurdles were bureaucratic ones.

A week later I printed four copies of the thesis and organised an overnight trip to Edinburgh to get them bound and handed in. I got a receipt, and I clutched on to it like the special document that it was. This was what I was waiting for – the point at which I could fully relax. Well, before worrying about the next job 😉 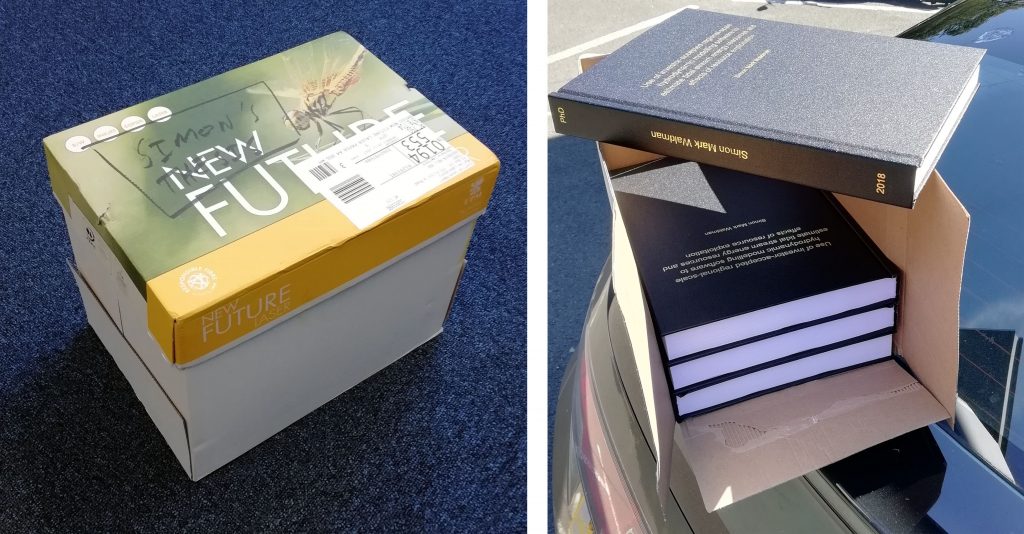 Before and after. Photos: Author.